How Writers Help to Reimagine the World of Science 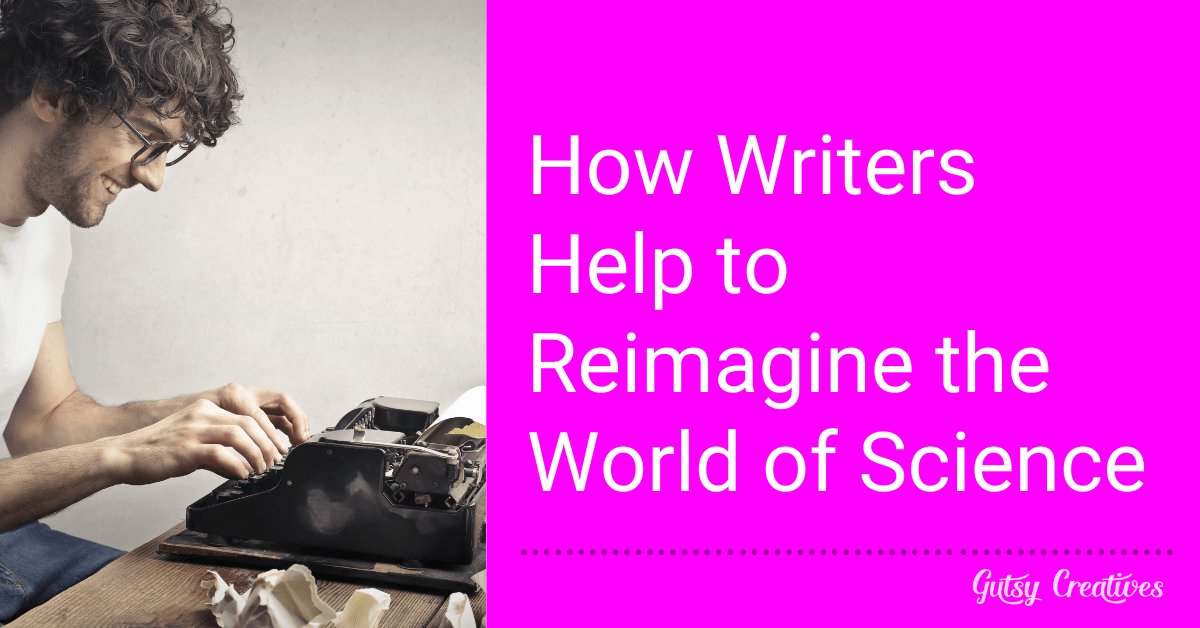 We often think of science and literature as two separate entities, neither of them influenced by the other. Scientists scorn fiction and poetry, while writers think that science lacks imagination. And yet, among such stereotypes, there are those phenomenal individuals who have discovered the link between the two and spend their lives bridging the gap.

Two such extraordinary women writers are Atenea A. Garza and Pamela McCorduck, who write about the things they love – namely, science. And these writings are not riddled with technical jargon. Instead, these writings explore one’s inner self and reflect it towards the world at large. They reimagine the world of science, drawing parallels from natural processes (even elements from the periodic table) to human life and thoughts.

Atenea Garza is a biology instructor, teaching biology and microbiology for college students. She lives in the Rio Grande Valley of Texas. She grew up reading medical encyclopedias bought from garage sales, often hiding underneath the covers with a flashlight to read her books. Since she also loved writing, whenever she wrote she found science somehow incorporating itself into her writings, especially her poetry.

“Writing is an exercise in imagination. Because you just let it go… it’s not either/or. It’s not that either you are completely data driven or you lack imagination, or you’re like this eccentric thing that just doesn’t believe in rules and physics etc. There is this beautiful medium in between that I think can be achieved through letting your imagination fly. All of the beautiful discoveries that we have, whether its space or international travel, AI, biology and evolution – all of these explanations had to start with somebody imagining that they were possible.”

Pamela McCorduck was a British-born American author of several books about artificial intelligence and the role of women in technology. She was an English major at the University of California, Berkeley. There she discovered her passion for science while also knowing that literature was her calling, where artificial intelligence as a science and a long-time love of literature all came together in her life. She helped edit an academic book about A.I. with Edward Feigenbaum and Julian Feldman.

“For 60 years, I’ve lived in A.I. ‘s exponential,” she wrote in her memoir, ‘This Could Be Important: My Life and Times With the Artificial Intelligentsia.’ “I’ve watched computers evolve from plodding sorcerer’s apprentices to machines that can best any humans at checkers, then chess, then the guessing game ‘Jeopardy!’, and now the deeply complex game of Go.”

She was a prose writer, having published 11 books during her 80 years, and her books were an exploration of when imaginative literature became real science. She was greatly influenced by C.P. Snow’s famous lecture on the two cultures: the humanities and the sciences, where Snow says how ignorant and dismissive the humanities are about science. That same month, at the University of California, she stumbled upon the science of artificial intelligence. For her, it was like the emergence of thousands of years of literary imagination – as a young English major, she allowed herself to entertain the idea that A.I. might be the bridge to unite the two cultures, the sciences and the humanities.

And her book, “Machines Who Think: A Personal Inquiry into the History and Prospects of Artificial Intelligence,” published in 1979, had deeply influenced an entire generation of researchers who are now senior figures in the field.

“Artists now use AI to make art, compose music, and tell new stories. Storytelling and story-understanding are the most significant markers of human intelligence,” she further says.